A database is a collection of data stored in data files on a disk or some removable medium. A database consists of data files to hold actual data. An SQL Server database is made up of a collection of tables that stores sets of specific structured data. A table includes a set of rows (also called as records or tuples) and columns (also called as attributes). Each column in the table is intended to store a specific type of information, for example, dates, names, currency amounts, and numbers. A user can install multiple instances of SQL Server on a computer.

SQL Server databases are stored as files in the file system. These files are grouped into file groups. When people gain access to an instance of SQL Server, they are identified as a login. When people gain access to a database, they are identified as a database user. A user who access to a database can be given permission to access the objects in the database. Though permissions can be granted to individual users, it is recommended to create database roles, add the database users to the roles, and then, grant access permission to the roles. Granting permissions to roles instead of users makes it easier to keep permissions consistent and understandable as the number of users grows and continually change.

SQL Server uses system databases to support different parts of the DBMS. Each database has a specific role and stores job information that require being carried out by SQL Server. The system databases store data in tables, which contain the views, stored procedures, and other database objects. They also have associated database files (for example, .mdf and .ldf files) that are physically located on the SQL Server machine.

The following table shows the system databases that are supported by SQL Server 2012:

Users are not allowed to directly update the information in system database objects, such as system tables, system stored procedures, and catalog views. However, users can avail a complete set of administrative tools allowing them to fully administer the system and manage all users and database objects.

These are as follows:

Database applications can determine catalog and system information by using any of these approaches:

Catalog functions, methods, attributes, or properties of the data API

Used in Transact-SQL as stored procedures and built-in functions.

SQL server 2014 also has been released on 1st April, 2014, Which is include many advance features;

Tayyib Ahsan is an Entrepreneur and Freelance technology writer because he has utilized technology in his whole life. His passion is to help people in all aspects of Online Shopping and Marketing to gain success in their life. In addition, He also offers E-Currency Exchange Services for Individuals and Companies worldwide. You can find Ahsan on Twitter and Facebook.
View all posts
Share
Previous Using BlogSpot.com? Just Know it’s Limitations
Next Why Convert your Static HTML website to WordPress 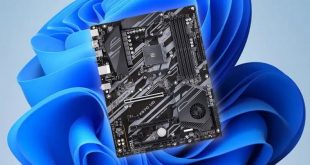 Is Your PC Compatible with Windows 11

Where to Buy the Final Version of Windows 11

Is it possible to become a top-class trader?