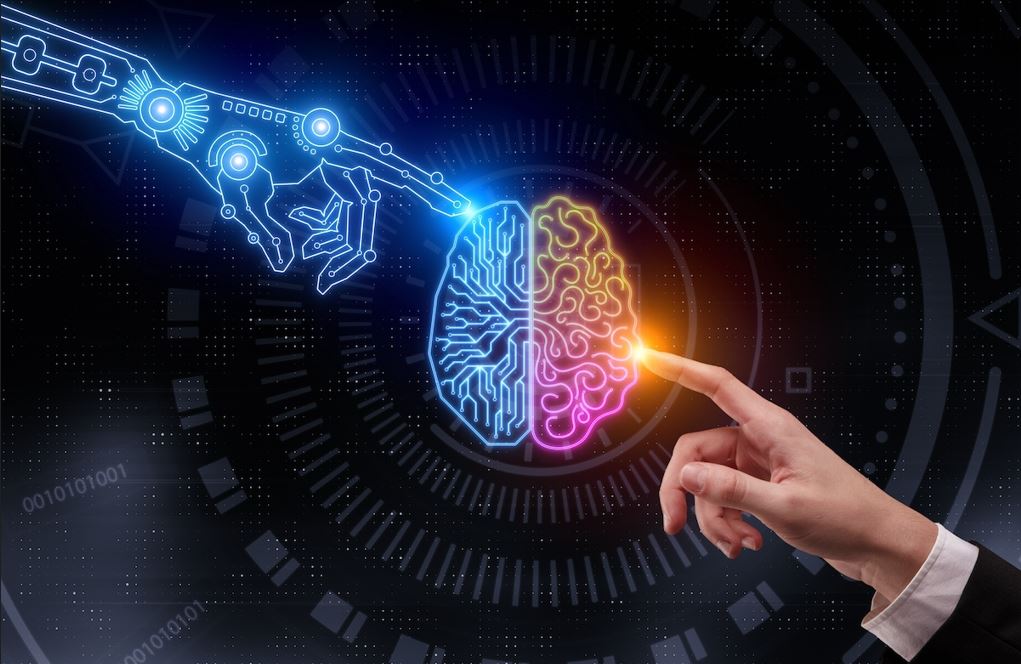 The Basics of Artificial Intelligence Technology

There’re many companies, which are offering AI services now but Open AI is the most popular.

OpenAI’s headquarters is located in San Francisco, California, United States. It has 10 investors including Bedrock Capital and Adam Juegos. OpenAI has raised $1B till now on its project. Open AI Alternatives and possible competitors may include Nauto, Hume AI and Plotly.

DALL-E and DALL-E 2 are the deep learning models developed by OpenAI which generate digital images from natural language descriptions and it called “prompts”. DALL E was revealed by the OpenAI in a blog post in the mid of January 2021 and uses a version of GPT 3 modified to generate images.

How to Approach AI System

2023 will be the Year of Emerging AI Technology as AI (Artificial Technology) is becoming very popular because its using in conversational applications like chatbots, and to generate code or produce marketing content etc. Some artificial intelligence terms and their meanings are given bellow:

Machine learning is a type of artificial intelligence (AI) that involves training algorithms on data so that they can learn to perform tasks or make decisions without being explicitly programmed.

In machine learning, an algorithm is fed a large amount of data and a set of instructions, called a “training set.” The algorithm uses the training set to learn how to perform a specific task, such as recognizing patterns, making predictions, or classifying data. Once the algorithm has been trained, it can then be tested on a separate set of data to see how well it performs the task.

A neural network is a type of machine learning algorithm that is inspired by the way the human brain works. It is made up of layers of interconnected nodes, or “neurons,” which process and transmit information.

To train a neural network, the algorithm is fed a large amount of labeled data and a set of rules called a “loss function.” The algorithm uses the loss function to calculate the difference between the predicted output and the true output for each example in the training data. The algorithm then adjusts the weights and biases of the connections between the nodes to minimize the loss.

Neural networks are particularly good at tasks that involve pattern recognition, such as image and speech recognition. They can also be used for tasks such as language translation and generating text.

Deep learning algorithms are able to learn and recognize patterns in data, and they can be used for tasks such as image and speech recognition, language translation, and even playing games.

One of the key advantages of deep learning is that the neural networks can learn to perform tasks without being explicitly programmed to do so. Instead, they learn by analyzing large amounts of data and adjusting the weights and biases of the connections between the nodes in the network.

Natural language processing (NLP) is a subfield of artificial intelligence (AI) that deals with the interaction between computers and humans in the natural language they use. It involves developing algorithms and models that can understand, interpret, and generate human language.

There are several tasks that are commonly associated with NLP, including:

NLP requires a combination of machine learning algorithms and linguistic knowledge to be effective. It is an active area of research and has made significant progress in recent years, but there are still many challenges to be overcome, particularly when it comes to understanding the context and meaning of words in a sentence.

Robotics is the field of artificial intelligence (AI) that involves building robots that can think, act, and interact with their environment. Robots can be used in a wide range of applications, including manufacturing, transportation, healthcare, and military.

There are many different types of robots, ranging from simple machines that can perform a single task to more complex robots that can learn and adapt to their environment. Some robots are designed to work alongside humans, while others are designed to operate independently.

The development of a robot involves a combination of engineering, computer science, and AI. Robots typically have a physical body, which can be simple or complex depending on the task they are designed to perform. They also have sensors and actuators, which allow them to perceive their environment and interact with it. The intelligence of a robot is typically provided by a computer program, which can range from simple rule-based systems to more complex machine learning algorithms.

Robotics is an active area of research and development, and there are many challenges to be overcome, including developing robots that can think and act more like humans and building robots that are robust and reliable.

An expert system is a type of artificial intelligence (AI) that is designed to mimic the decision-making abilities of a human expert in a specific field. It is a computer program that uses a knowledge base of facts and rules to solve problems or make decisions.

Expert systems are built using a combination of machine learning algorithms and a knowledge base of facts and rules that has been developed by a human expert. The knowledge base is used to represent the expert’s domain of knowledge and the rules that govern it.

Expert systems are used in a wide range of applications, including medicine, finance, and engineering. They are particularly useful for tasks that require a high level of expertise or knowledge, as they can provide accurate and consistent advice.

One of the main advantages of expert systems is that they can make decisions or solve problems faster than a human expert, as they do not need to spend time researching or analyzing the problem. They are also able to provide consistent advice, as they do not suffer from the same biases or emotional responses that a human expert might. However, expert systems are only as good as the knowledge base they are built on, and they are limited to the tasks and domains for which they have been specifically designed.

Cognitive computing is a type of artificial intelligence (AI) that involves building systems that can understand, reason, and learn like a human. It is inspired by the way the human brain works and aims to replicate some of the cognitive abilities of the human brain, such as perception, attention, memory, and decision-making.

Cognitive computing systems are designed to be flexible and adaptable, and they can learn from data and experience, just like a human. They are able to process and analyze large amounts of unstructured data, such as text, images, and video, and can understand the meaning and context of this data.

Cognitive computing systems are used in a wide range of applications, including natural language processing, image and speech recognition, and decision-making. They are particularly useful for tasks that require a high level of understanding or context, such as answering questions or providing recommendations.

One of the main challenges in building cognitive computing systems is developing algorithms and models that can understand and reason about the world in a way that is similar to the human brain. This involves understanding how the human brain works and replicating some of these processes in a computer program.

AGI is sometimes referred to as “strong AI” because it would have a level of intelligence that is equivalent to or surpasses that of a human. In contrast, “weak AI” is a type of AI that is designed to perform a specific task, but does not have the ability to understand or learn other tasks.

AGI is still a hypothetical concept, and it is not yet clear how it might be achieved. Some researchers believe that AGI could be achieved through the development of advanced machine learning algorithms or through the creation of a neural network that is capable of self-improvement. Others believe that AGI might require a fundamentally different approach, such as the development of a new type of computer architecture or the creation of a hybrid system that combines AI with human intelligence.

It is not yet clear when, or if, AGI will be achieved, and there are many challenges to be overcome in order to build a system that is truly intelligent and capable of learning any intellectual task.

Artificial superintelligence (ASI) is a hypothetical form of artificial intelligence (AI) that is much more intelligent than a human and has the potential to surpass human intelligence in many areas. It is a type of AI that is capable of intelligent behavior at a level that is significantly beyond the cognitive performance of any human, regardless of any training or experience.

ASI is a highly speculative concept, and it is not yet clear how it might be achieved or what form it might take. Some researchers believe that ASI could be achieved through the development of advanced machine learning algorithms or through the creation of a neural network that is capable of self-improvement. Others believe that ASI might require a fundamentally different approach, such as the development of a new type of computer architecture or the creation of a hybrid system that combines AI with human intelligence.

There are many potential benefits to the development of ASI, such as the ability to solve complex problems, make decisions, and perform tasks much more quickly and accurately than a human. However, there are also many potential risks and concerns, such as the possibility that ASI could become hostile or destructive, or that it could lead to significant unemployment as machines take over many jobs currently performed by humans. As a result, the development of ASI is a highly controversial topic, and it is the subject of much debate and discussion among researchers, policymakers, and the general public.

Enterprise AI is a type of artificial intelligence (AI) that is used in the business context to improve efficiency, reduce costs, and increase revenue. It is used to automate business processes, analyze data, and make decisions. Enterprise AI systems are typically designed to be reliable and scalable, and they can be integrated into existing business systems and processes.

Generative AI, on the other hand, is a type of AI that is designed to create new content or generate novel solutions to problems. It is typically used in creative or research applications, such as generating music, art, or scientific discoveries. Generative AI systems are typically more experimental and less reliable than enterprise AI systems, and they may require more human supervision or intervention to produce useful results.

How to Capture or Print Screenshot on Mac, iMac and MacBook