Meanwhile we were busy with our daily life routine at our house,

never thinking about the actual source of the energy we are getting nowadays. But have we ever thought what would we do if this source of energy ends? This is the reason why we have scientist who work so hard to find more cheap, reliable, pure sources of energy.

Nuclear physicists at MIT brought us closer to a new free energy source that mankind has never been this close to, all thanks to nuclear fusion.

Right now the first question that would pop into your mind is that what is ‘nuclear fusion’? Well it means the fusing of two hydrogen isotopes to produce a great deal of more energy.

For example if u want to see a nuclear fusion reactor, all u have to do is just look at those stars at night or have a looks at the sun, simple as that.

All stars-including sun, are nuclear fusion reactors. For reaching the heat levels of these stars is not easy, they require massive forces of gravity which are difficult to produce on earth by man.

Researchers have achieved the temperatures of around 100 million degrees, the problem is that more energy is used to reach that temperature then the energy taken out from it.

At the Alcator C-Mod tokamak nuclear fusion reactor, the temperature of the plasma inside the chamber rose higher then the it ever had been recorded, 2.05 atmospheres.

Plasma pressure us the main thing in getting energy from nuclear, this record is 15% higher than the previous records held, which were taken at the same research facility in 2005.

In the world of physics, nuclear fusion is the holy grail of power generation. it’s pure, safe, almost carbon free and it’s close to producing unlimited amounts of energy if the pressure of the plasma is at high levels.

It can create as much energy that can make it run on it’s own for almost an infinite period of time.

Therefore there are some downsides to it too, making this happen involves simulation of the conditions inside a star. That means keeping a mass of plasma stable  as it churns at more than 50 million degrees in a chamber not more larger than our own living room. This is clearly not easy to do so.[AdSense-B]

This is the main reason why we always read that nuclear fusion is getting closer without it actually arriving. The cost the research, and the time taken for each research takes to achieve, means that getting funds to keep on researching is not always easy.

What’s The Future Then?

The achievement at MIT came on the final day of operation of the Alcator C-Mod tokamak. It’s been in for research for 23 years and was about get shut down from the US but this new this new record is likely to stand for some time – atleast until 2032, when the international Thermonuclear Experimental Reactor (ITER) is planned to open the south of France.

Tayyib Ahsan is an Entrepreneur and Freelance technology writer because he has utilized technology in his whole life. His passion is to help people in all aspects of Online Shopping and Marketing to gain success in their life. In addition, He also offers E-Currency Exchange Services for Individuals and Companies worldwide. You can find Ahsan on Twitter and Facebook.
View all posts
Share
Previous Sainsbury’s Half Price Toy Sale in UK 2016 – Christmas Best Deal
Next How to hunt for best Black Friday 2016 Shopping Deals 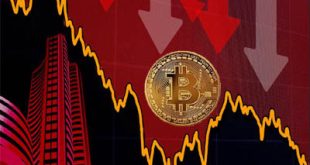 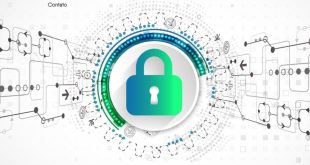 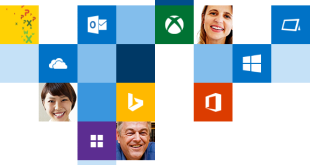 Is it possible to become a top-class trader?