In the year of new technological advancements, Microsoft launched a very modern and never like before the Windows Server operating system which is going to be a part of your system. Why not? Being one of the best server systems, this time, Microsoft has taken their operating system to a new and advanced level to fit on the needs and requirements of the modern users. Here You can get Windows Server 2019 Standard Full ISO Download. 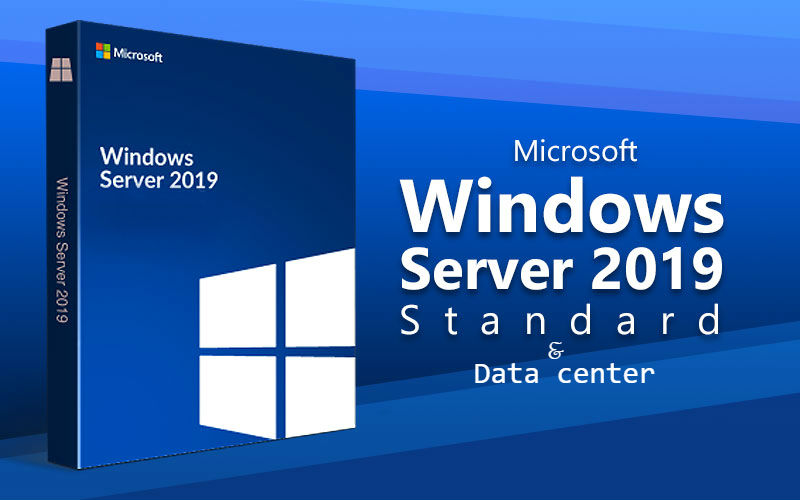 Windows Server 2019 is undoubtedly a most recent and most powerful server system Microsoft ever made. The reason is quite simple, as Microsoft is always being releasing its server OS with new features, changes, and fixes, there nothing wrong in expecting big changes in the latest version.

Everything in simple words, the Windows Server 2019 is made to satisfy you on everything you need in a server.

The following headings explain what new features Microsoft has added in the latest Windows Server 2019.

The multi-featured start menu with a bunch of live tiles together enhances the server experience. Since the UI of the Server 2019 is similar to the Server 2016, so switching to the new version will not be a difficult task for you.

FODs Aka Features on Demand are Windows feature packages that you can add at any time. Typical features in FODs include handwriting recognition and others. The features are inserted through the package from the windows update.

The followings are the improvements that Microsoft added in the new Windows Server 2019.

ATP is quite intelligent this time, as its deep platform sensors and response actions expose memory and kernel-level attack, which is merely advanced level security. Moreover, the responsive abilities of ATP respond by extinguishing malicious files and terminating malicious processes.

The followings are the four powerful features included in Windows Defender ATP:

Attack Surface Reduction (ASR): it’s a set of controls that enterprises can enable to prevent malware from getting into the system by avoiding suspicious files and threats.

Network protection: It guards against web-based threats by blocking any outbound process on the device to untrusted hosts/IP addresses through Windows Defender Smart Screen.

Exploit protection: it’s a set of mitigation for vulnerability exploits that can be straightforwardly configured to guard your system and applications.

The followings are the security betterment added into the comprehensive SDN platform introduced in Windows Server 2016 which includes:

There are also a bunch of new troubleshooting improvements in the new server.

The followings are the storage changes and technologies in Windows Server 2019:

This time you can do more on the server that is you can run Windows and Linux-based containers on the same container host, via same docker daemon.

The new Windows Server 2019 has improved in computing, networking, and storage from semi-annual channel releases needed to support Kubernetes on Windows operating system.

As most of the computer geeks are acknowledged about how well Microsoft is flourishing its Azure as well as cloud computing technology on the multiple systems. All we wanted to say that the new Windows Server 2019 is now capable of providing cloud experience on its own. So, if you know Azure or you are one who works on it, so the new Server is merely going to impress you about providing great Azure features.

This service allows you to create a centralized file share in Azure which caches the frequently accessed files on your local file server.

Both of these services altogether make it possible to both monitor and update on-premises servers from Azure.

Other features included in Windows Server 2019 are:

Before downloading, Please check the features of this version as: